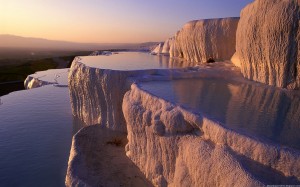 2014 has flown by at the speed of lightning. It has also been a year that has thrown the maximum surprises in my life: both professionally and personally. I have enjoyed both the highs as well as the lows (there was so much to learn from the lows). I have met some amazing people this year. I have also read some wonderful books.

All the writing lessons I have learnt gave me the courage to revise two manuscripts, write a third one and charter unknown territories where my writing was concerned.

From the past several weeks I have been on a heavy duty book promotion spree and have visited several schools as a part of Author Interactive Sessions. It’s been amazing meeting my adorable readers (the students) and interacting with the teachers and the school principals. Needless to say, I have been ignoring my own writing.

I desperately want to go away to the mountains, but as there are no such no holiday plans to travel anywhere, I will be home bound and writing a lot over Christmas and New Year as well as catching up with my reading.

I am also taking a blogging break till January 2015. I will be back with the first IWSG post of 2015 on January 7th.

Though I won’t be blogging, I will still be lurking around and stalking all of you and seeing who eats the most cake and pudding and who parties the most!

Wishing you all a Merry Christmas, a very Happy New Year and a relaxed holiday in advance. Hope 2015 fulfills all our dreams and desires and is a wonderful year for everyone in every way. 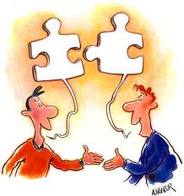 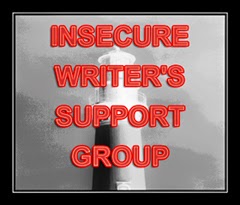 This will be the last IWSG (Insecure Writers Support Group) post for 2014. Next year will bring an entire new set of anxieties, worries, fears and doubts. IWSG has become my favourite place to air my writerly concerns. Here I can freely talk about my doubts, fears, worries and insecurities without being judged or laughed at. Because I know that many of you all must be battling the same fears.

IWSG started by Ninja Captain Alex J Cavanaugh (the author of the Amazon Bestsellers: CassaStar, CassaStorm and CassaFire) posts on the first Wednesday of every month. IWSG is an online group of writers where we all share our doubts, fears and insecurities as well as support and encourage each other. The IWSG website is a wonderful resource for writers.

This month my fear is lack of time. I read somewhere that a writer gets the maximum amount of time to write their first book, after that there are sundry things occupying a writer’s life space: book tours, book signing events, author interactive sessions etc.

I worry that I am not getting enough time to devote to my next book. If I am not going on school visits organized by my publisher (Scholastic), then I am attending a writing related event or managing the million and one things a published author does, or catering to my family duties, or managing my online presence, completing the book reviews for the paper. The little time I can steal from life I devote to writing.

Day by day my writing time is becoming less and less. I feel I may not do justice to my next set of books. I hope this is just a passing phase and I get more time to write in future.

Does anyone else feels like this? How do you handle the lack of time to write?

P.S. IWSG has brought out a book The IWSG Guide to Publishing and Beyond. The book is available free for everyone. Check the IWSG website for details on where to download it.