An Amazing Literary Device : the MacGuffin 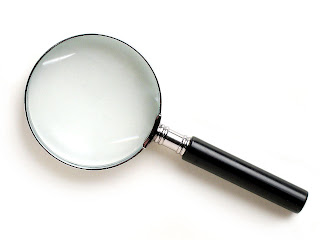 While researching for literary devices for a project, I came across something called a MacGuffin, its also called McGuffin or maguffin. I have to admit that I had not heard of this term before. MacGuffin is supposed to be an element of plot that catches the viewers’ attention or drives the plot of a work of fiction.  It’s frequently used in films, television and literature. The main or defining aspect of a MacGuffin is that the major players in the story are, atleast in the beginning of the story willing to do anything or sacrifice almost anything to obtain it, regardless of what the MacGuffin actually is.
The article further went on to say that the specific nature of the MacGuffin may be vague, ambiguous, undefined, generic, sometimes left open to interpretation or otherwise completely unimportant to the plot. Common examples of a MacGuffin are money, victory, glory, to gain prestige, survival, a source of power, or a potential threat, a feeling of one upmanship, jealousy, it can also be something entirely unexplained.

The MacGuffin is  said to be common in movies, especially thrillers. They are also more often than not, the central focus of the movies in the first act, the MacGuffin declines in importance as the struggles and motivations of characters play out in the second act. It may return or come into play at the climax of the story, but sometimes the MacGuffin is eventually forgotten by the end of the movie. Multiple  MacGuffins in a story are referred to as plot coupons.

Few examples of  the use of the literary device MacGuffin in  films are the meaning of rosebud in Citizen Kane, the rabbit’s foot in :Impossible III, the briefcase in Pulp Fiction and Ronin and the mineral unobtainium in Avatar.  Its believed that in crook stories the MacGuffin is  almost always the necklace and in spy stories its almost  always the papers.

In television examples of MacGuffin are the Rambaldi device in Alias, the orb in The Adventures of Brisco County, Jr, and Krieger Waves in the Star Trek:The Next generation episode “A Matter of Perspective.”

Opinions are divided about the MacGuffin, according to Alfred Hitchcock a “MacGuffin is the object around which the plot revolves, but, the  audience  really don’t care as  to what  specifically the object is, it can be anything.”  George Lucas has a different opinion, “he believes that the Macguffin should be powerful and that the audience should care about it as much the fighting heroes and villains on screen.” Two contrary opinions to add to the chaos.

Taking a magnifying glass, I analyzed my own story. I  think I can detect a MacGuffin,  but, I am not very sure about it, as I am completely clueless about this literary device.

Have you ever added a MacGuffin to your story? If yes, how did you do that? Would you be interested in adding one in future? If you have any MacGuffin tips we all would love to learn from it.

Posted by Rachna Chhabria at 8:17 PM