How to Add Character Details in a Story? 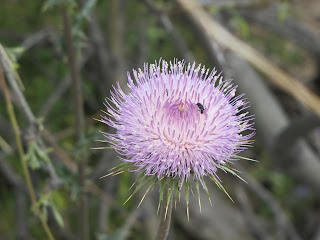 For me it’s a personal  favourite to add  the physical details of my characters in  my stories. When I read Little Women, I was surprised. The author had not given  that many  character/physical details about the four sisters. We  readers just knew that the sisters had different traits and personalities.

If it were left to me, I would have given several details about each of the four sister’s physical attributes. This becomes tricky when there are many characters introduced in a book. The reader  can get really bored with too many details. But,  if few details were to creep into the story in different ways, I am sure the readers would not mind.

I could not stop smiling when I read my student’s stories.  It reminded me of my own writing when I started out. Every detail of the characters was shoved into the first paragraph: the tall, dark, thin man with a handle bar moustache, dressed in a black pant and blue shirt, his black hair thinning at the sides, grinned, revealing  crooked teeth. Once upon  a long time  back I could be accused of that.  This kind of writing overwhelms the poor reader. Only  few of my students had paid attention to my advice, which I will share with you.

Keep other people’s descriptions as a trigger to reveal something about the character.

The lady’s thick, silky  and lustrous hair  was much like mine, before pregnancy and ill health played havoc with it. Now it was reduced to wisps which was  like  a threadbare carpet through which my scalp was seen.

Let the descriptions come at the most unexpected moments.

There was a knock on the door. The room was lit momentarily when flashes of  lightening cleaved the sky. He walked towards the door, his body stooped like a comma, his arthritic limbs made every step a torture.

The details can crop up during conversations.

“I am not going,” she said, playing with a lock of her long and curly hair. “Don’t force me,” her thick lips quivered.

Add a teeny weeny character detail when we are describing something important.

Scratching the big mole on his chin, out of which sprouted few long hairs, he  watched the two teams  battling it out in the stadium. The crowd roared everytime  a boundary or a sixer was hit.

A detail can creep up while another character’s action is being described.

She watched him moving to the buffet table. It was his third trip to load his plate. If not for her chronic acidity, she too would have indulged in gluttony.

I am always looking around for ways to add details. How do you all add the details of a character’s physical appearance or other details? Do you like to read these details or do you prefer to be taken directly into the thick of  the action? What techniques do you use when you are adding details in your own stories? Please share with us.

Posted by Rachna Chhabria at 6:42 AM