My fascination with tattoos 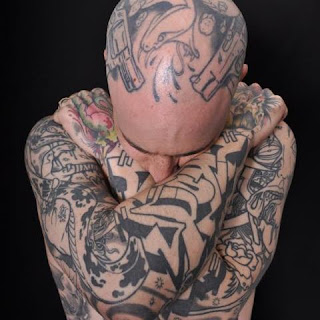 Tattoos have always fascinated me. Though I am very scared of needles, and am capable of scaring a lion when I scream at a sight of the dreadful needle/syringe. Believe it or not, a few years back when I had to undergo a blood test as the doctor suspected jaundice, I drove the staff in the lab mad when I screamed. Infact, the poor guys had to close the door so that I didn’t scare people around me. Things have improved since then. I don’t scream anymore, but anxiety about the impending tests stresses me out.

A few years back in Mumbai, while waiting to cross a road, I saw a bare-chested foreigner. There was not an inch of his skin visible; tattoos covered his entire chest and back. I am not sure about his legs, but his torso was quite a sight. I remember staring at it while he crossed the road beside me.

I often wonder about people’s fascination with tattoos. I wouldn’t mind a small tattoo (that is if I ever get over my fear of needles) but too many would put me off.

From last year I have been thinking of using tattoos as a string of clues in a thriller. It would be quite interesting if tattoos could play a role in a book. If only tattoos could talk, I am sure they would reveal a lot of information.

What about you all? Are you all fascinated with tattoos? Do you have a tattoo or plan to get one? Have you given any of your characters a tattoo?

My year ended and started on a sad note 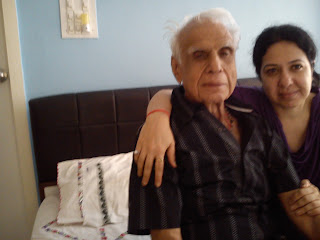 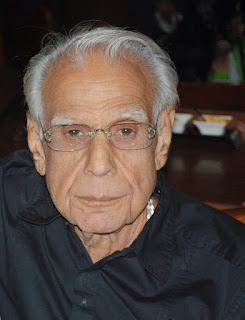 2016 started on a sad note for me. The man I loved the most in the world, my superman, my childhood and adult hero: My dad - Motilal Chhabria, passed away on 4th January. He was hospitalized on the night of 27th December. From 28th December onwards it was a stressful time for my family. The new medicines that dad was taking for his heart (he had undergone a bypass in May 2008) weren’t suiting him. Dad had become very frail. His immunity had also come down and he developed a stomach infection. By the time we landed up in the hospital, he had become very weak. Two days later he developed jaundice. His cardiologist was very positive that Dad would recover, but dad proved the doctor wrong. Dad decided that it was time for him to wave goodbye to his medicines and his family.


Dad was not just a self-made man, he was also a well-connected person. He hated anyone doing anything for him. If someone helped him in some way, dad wouldn’t rest until he had returned the favour. Though he was the youngest in his family, everyone came to him for help. He never turned anyone away without doing something for them. Without letting us know, dad would send food to orphanages, clothes for the deserted children, fans for old age homes, he would contribute for the construction of temples.

He always carried packets of biscuits and chocolates, which he distributed to everyone. Slowly, one by one, all these stories are emerging. People dad helped are revealing how he helped them: getting someone’s daughter admission in school/college, getting someone’s son a job, helping another person get medical help, helping another person during his daughter’s marriage.

Dad was always on the move, helping others, taking care of his million and one social service activities. He used to always tell me “I want to go doing the things I always did in life. I want to go with my boots on.” And that’s the way it was. 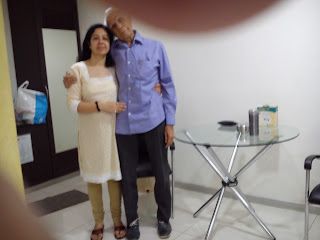 The pujas (prayer ceremonies) started for him on 11th January and ended on 18th January. Our house was swamped with relatives and visitors and there were innumerable phone calls to answer. This is a difficult time for my mom, brother, sister and me. Actually for the entire extended family.

It’s not easy losing a parent. Dad has left a huge void in all our lives.  We have suffered a irreversible and irreplaceable loss. Dad enriched not just our lives but also the lives of all the people he was acquainted with. The only thing we are clinging on to are dad’s favourite words, “The show must go on." In this case, "Life must go on."

Sometimes I wonder where do our loved ones go? Do we meet them in the afterlife?