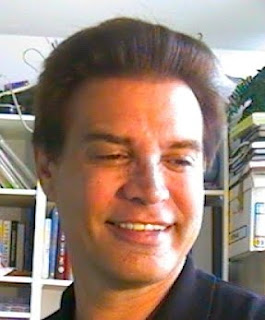 Today’s guest blogger is Peter Canova, award winning author of Pope Annalisa: book one of a fictional trilogy called The First Souls, a saga about the first spirits to fall into material experience. The trilogy traces their incarnations over different epochs of history.

Here is Peter to tell you about his journey to publishing.

I went from being a hotshot in the hotel development and finance field to being a lowly newbie of an author trawling around writers’ conferences, trying to figure out what the heck writing a good book was about. Here’s my modest wisdom from past years for new authors:


1. Writing is a lonely profession—yep, just like the cliché says. No one stands over your shoulder saying, “this is good, this is bad; leave it, cut it.” A new writer has few parameters and yardsticks to measure his or her writing. Sure, you can go to writers’ conferences and workshop your material for critiques. It does help, but remember, everyone has their own biases, limitations, and agendas in those forums so take it with a grain of salt. I started with an online writers’ group. The best thing I did was find an elderly retired novelist in my area who mentored me. The next best thing was running my work through a cross section of good editors, though expect to pay for that.

2. Why we write-- It helps to realize that we write for two reasons, because you may never be published in the traditional manner. First we write for ourselves, secondly to communicate with others. Good writers have a burning passion to say something, so writing is a cathartic experience that expresses some core aspect of our personality. But we also want to share, so we must produce an interesting and clear literary vehicle to convey our story to others. Keep these things in mind.

3. Agents-- Agents review tons of material besides yours. Like rejected writers, they can get jaded. The worst ones get arrogant, cynical, and come to believe that their subjective feelings determine the marketability of a book. Not always so. When you run into one of these, don’t take it personally. Research the right agent with the right angle of approach for your work to improve your chances.

4. What helps—Whether its agents, publishers, PR companies, or, the media, I found the following factors matter in this order—who you know, the quality of the book, the uniqueness of the book, your ability to convey the book (very different to talk about it than to write it), your ability to talk fluently and persuasively to people, your personal appearance.

5. When nothing works— Ah, now we enter into why people self-publish. I was always told that the cream will rise to the top. Not so in the book world. The sad fact is, maybe it will, maybe it won’t, so here’s my personal disclosure on this issue. I wrote a good book called POPE ANNALISA (popeannalisa.com). That’s not just my opinion. It won the first two national book awards contests it entered. It’s about a miraculous African nun who becomes the first female pope. No one can figure out if she’s the savior or destroyer of the world; terrorists and her own church are out for her blood; she’s in the middle of a nuclear confrontation between Iran and America; and the story reveals a genuine, near- lost spiritual tradition that may have been a secret teaching of Jesus. Original? Yes. Page turner? Yes. Life changing? For many, it has been. Publishable? No, at least not according to the gazillion agents I went through. The problem is that the book market is a shrinking industry now slid into a HORRIBLE economy. No one will risk publishing such an epic, unusual work from a first time author. It’s an “if it ain’t broke, don’t fix it” industry that sticks with the tried and true. A creatively original book like mine just falls through the cracks. Give the traditional approach your best shot. If not successful, read the next point. 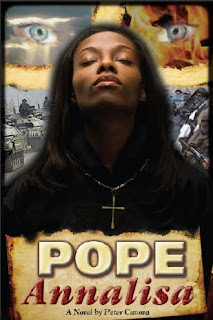 6. Self publishing 101 -- People self-publish for many different reasons. The industry has come a long way, but it’s still partially occluded by a fair amount of junk that in an earlier era would have been the domain of Vanity Presses. If you’re not in that category, you really have to make sure you have a good book to go anywhere. You need to have a clear idea of your market and how your book can resonate with it because the literary world is not constructed around paying attention to individual authors. If you’re the peanut in the coconut pile, better be a standout peanut. All authors, published or self-published, are ultimately responsible for marketing their own book unless they’re a celebrity with a sex scandal or a big name with huge publisher backing behind you. If you’re serious about selling your book, marketing becomes a full time job. Speaking, book signings, and seeking media outlets is a real pavement-pounding exercise. And it can get expensive too, depending on how fast you want the book to sell. A good primer book to read is John Kremer’s 1,001 Ways to Market Your Book.

7. Don’t ever, ever, give up-- I do believe that if the book is good and if you work at it, eventually you’ll find some level of success, though each of us may define that differently.

Peter's Journey has been truly inspirational! Would you all like to share  a little of your inspirational journey?

Posted by Rachna Chhabria at 5:57 AM