Second Guest Post with David Baboulene and the Winners 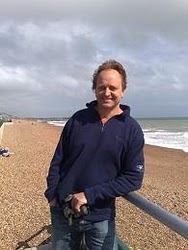 This is the second  post  by David Baboulene, a Story  Development Consultant.  He is also the author of The Story Book.  Since first being published in 2002, David has produced two humorous books, two children’s books and an academic work on story principles. David has also had three film productions deals, two in and one in the and has worked as a story consultant for film-makers, authors and script development and training organisations.  He has worked with some big names  including providing story consultancy for Marion Pilowsky (Producer Sleuth; Little Fish; Being Julia) and Janette Innes (writer/producer The Ghost Walker; Rain).  David is giving seminars on story principles throughout the and in in 2011 in collaboration with The Script Factory, Euroscript and other partner companies. David writes extensively on his subject, including his monthly column in Writing Magazine and Writers' News. He  lives in sunny Brighton in the  with  his wife and four children. 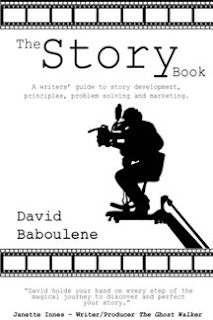 All of the greatest stories have a single common framework element that defines the story, and that is Character Growth and Learning. At least one character - normally but not necessarily the protagonist - will be challenged by story events to learn and grow through the experiences they go through in living out the story. In a happy ending, the character will rise to the challenge, negotiate and successfully change and develop and grow. In a tragedy they may fail to learn the lessons. In an ironic ending, they may learn the lessons, and die in the process, but they do so for the benefit of humankind. It doesn’t matter, as long as the lessons are evident to the audience, who understand the importance of the character’s success or failure.

What do we mean by life lessons? Well, in stories that resonate strongly, these are the experiences through which the protagonist advances their human status and prospects and those of their genetic line. If, for example, a player journeys from rags to riches, or from weak to strong, vulnerable to safe, hopeless to belief, ignorance to knowledge, single to coupled, starving to fed, unable to able, sick to well, ugly to beautiful - anything at all - any progress along what would generally be considered positive social advancement resonates well with readers and viewers.

Let’s look at an example. The surface story of Back to the Future shows a protagonist dealing with events that bear no obvious relationship to the psycho-social issues above, but we don’t have to dig too far beneath the surface to find that the underlying power lies exactly here. Across the full arc of the story, what measurable changes take place in the protagonist’s life? Well, Marty McFly begins in a family comprising a mother who drinks Vodka at the dining table, a weak and subservient father being bullied by his peers, an overweight sister who can’t get a boyfriend, and a brother working in a fast-food joint. They live in run-down conditions and are going nowhere in life.

Look at the human/life values in the frame: At the basic levels, we see drinking and obesity – threats to health. The family is bullied by Biff Tannen, so economic security and ‘freedom from threat’ are under the cosh. The sister ‘can’t get a boyfriend’ – the chances of high quality genes propagating to the next generation are low and she is unfulfilled at the level of ‘love’ and ‘acceptance’. The father George is weak and riddled with self-doubt. Even Marty lacks self esteem (he doubts his musical ability). Even the time travel itself – the main adventure plot line – is presented as a threat, not simply because of its inherent dangers, but because it puts the future of the McFly gene pool in jeopardy. Marty and his siblings are being wiped out by his interference in past events.

It is these fundamental human values that resonate with us as an audience. By the end of the story what has changed? Marty’s journey, his experience and the actions he has taken mean that the family as a whole has climbed up a level of social achievement. All aspects of the home exude prestige and fulfillment. All the family members are healthy and slim. The parents are back from the country club where they’ve been playing golf; they radiate love, affection, togetherness and contentment. The house and cars ooze status and achievement. Biff has been subdued and is forced into subservience by an assertive and fulfilled father (his first book is published – a clear symbol of fulfillment if ever there was one!). The sister is fighting off multiple boyfriends. The brother is smartly and proudly heading off to his office profession. Marty gets the girl, thereby securing the next generation (indeed, we meet their kids in the sequel). The dragon is slain by the brave knight who ends the story in a luxurious kingdom and in the arms of his adoring princess.

And the key moment that causes all these life changes? That single scene in which George is forced into making a key decision under pressure. Fight or flee... He overcomes his weakness, makes a fist... and lays Biff out with one punch. George had a life challenge - he changed and he grew - and his world improved for that. These are the factors that make this story a massive winner, not the time travel or the De Lorean or the crazy scientist and the rest of it. Character Growth and Learning is what resonates with a human audience.

We have only scratched the surface here. Do please feel free to contact me and I will be delighted to send you a chapter from The Story Book going into more detail on this or any other aspect of what gives a story a beating heart.

Best of luck with your stories!

Giveaway winners: Rahma and Tony Benson.  Please send me your email id with your preferences; whether you would prefer the Ebook format or the Kindle format of The Story Book.

Thanks, David for the two informative posts and the prizes. And thank you everyone for participating.

Posted by Rachna Chhabria at 12:20 AM