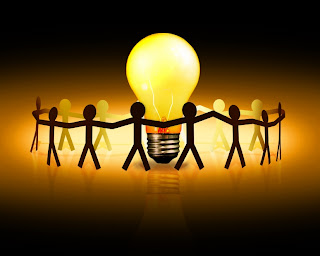 Many writers, even though they have written just one book or maybe two, have ensured that they don’t fade out of public memory. In this case I am solely talking  about , as I have no experience of other countries. It’s said, that these writers hire Public Relations Professionals to keep them fresh in people’s mind. I have heard this from my friends in the media. There is no proof, this could be just plain hearsay, or guesswork.

All kinds of rumours, that these authors have been approached by such and such a filmmaker to write a  script and many such stories  are constantly floating around. The rumour starts  with a small snippet, that so many people have approached the writer to buy the movie rights of the book.

Whether somebody has approached the writer  or not, is a moot point. The purpose has been achieved. The writers and their books are suddenly in the news. Serious filmmakers with a strong deficit of good scripts not only ask their assistants to buy the book, they end up reading the book and  eventually  end up approaching the writer with  a contract  for the movie rights. People’s curiousity has been aroused to such an extent that many have  thronged bookshops to buy the book. It’s a win-win situation. Everyone is happy.

Many times I have seen that these writers have conveniently  brushed aside the names of directors who  were supposed to have  initially approached them.  ‘Why take names when the deals haven’t worked out,’ the writers brush away all the queries.

These same writers constantly give sound bites on various topics :from the state of the politics to Valentine’s Day Celebration, from corruption to crime against Women. Everything  is planned to give them visibility.

One writer categorically denied the huge advance a publishing house was said to have given her. 'The figure  is highly inflated. My book is in the news for all the wrong reasons,’ she had said in an interview. There were stories that the publishing house had created the buzz to hype the book.

I feel there is nothing wrong  in hiring P.R professionals, after all  writers work as  hard  as other professionals, and like everyone else they want both themselves and their work to be noticed. Its absolutely acceptable. Visibility is indeed the name of the game. Else, how will people know that such and such book is out.

Now, comes the main question, of ethics. Is it right to plant stories that have no basis in reality? Is it okay to start a wave of rumour in the hope that it turns into a reality? I would like to know how far should writers go to publicize their books? Should  the fire of people’s curiousity be stoked to keep someone else warm. What do you think is the acceptable limit to publicize books? I would really love to hear everyone’s views.

Posted by Rachna Chhabria at 8:04 PM