Bonding with a Literary Character 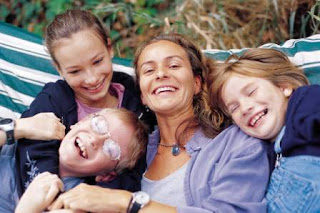 Though writing is largely a solitary activity, the writer literally lives on an island, scrawling away on sheets, or, typing furiously, isolated from family and friends for long  and painful stretches of time, it’s also one activity that connects with a  vast number of people (readers) instantly.

Our books act as the  bridge that  links us to people who  bring their unique sensibilities to our work. I agree with another writer who said, “books like water will find their own level.”  Books are open to interpretations any which way. The characters that we have nurtured inside our feverish minds find other dimensions when they meet the readers.

Different readers glean different nuggets of wisdom  from a literary character/book,  depending on their personal perception. Whatever the reason for the bond between book\protagonist and the reader, the important aspect is that an emotional connection has been forged. A literary kindred spirit discovered. A relationship formed. These connections between reader and character are the barometers of the real success of a book. Not the number of copies sold, nor the clutch of awards won. Readers afterall are the best critics, and their appreciation, the real award.

To create a literary character that firmly entrenches itself into a reader’s mind is an extremely difficult task. A memorable literary character  must appeal to each and every sense of the reader, not just tug,  but play with  their heartstrings, seduce them away from the million and one things clamouring for their attention, entice them into the world woven by the writer. Memorable literary characters leave strong  traces of their presence inside  a reader’s mind long after the book has been devoured. In the history of books there  have been several such characters: Anna Karenina, Jane Eyre, Lata Mehra from Vikram Seth’s  ‘A Suitable Boy,’ to name  just a few.

A  character can achieve literary  immortality if there is a strong sense of Empathy and Sympathy between the reader and the literary character. Because, when we empathize, or, sympathize with someone, albeit a literary character, concern for their well being creeps in, a reluctant love develops. The warp and the weft of the reader’s life then entwines with the character’s. This ability of a character  to attract the twin emotions  mentioned earlier encourages the readers to be quasi participants rather than distant indifferent observers.

The  character must invoke the feeling of oneness, there has to be a sense of similarity of  experiences, similarity of emotions, of choices made, paths chosen, sacrifices done  between the reader and character. These  aspects further cement the reader-character bond.

To create such characters is every writer’s dream. The character then becomes the voice of that generation of readers, a kind of a role model. There is a complete sense of identity between the  reader and the literary character. “Hey that could be   me, it’s is the story of my life,” the delighted reader nods his/her head. These  characters  are not only inspirational, they gently urge the readers to aspire for greater glories by  acting as catalysts of change in the readers’ lives, and also, silently beckon the readers to visit them again and again.

Isn’t this a measure  of a successfully created character? What makes you all bond with a literary character?


P.S. Due to a hectic schedule (festival, assignments and critique sessions and few other personal commitments I am reposting my first blog post. I had just 2 followers then and the post was read by just 2 people.


Posted by Rachna Chhabria at 2:41 AM