The Next Big Thing Bloghop 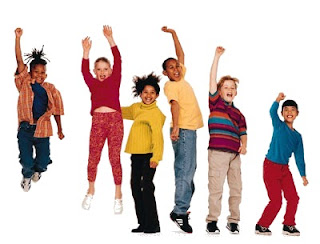 Hi, blog friends! I was tagged by my blog buddy Alexia Chamberlynn to participate in the 20th week of The Next Big Thing Bloghop. It's fun because you get to talk about one of your WIPs, and I've chosen one of the books I am currently revising.

Where did the idea come from for the book?
The idea like most of my ideas just popped into my mind. I don’t really remember how exactly I stumbled upon this idea.

What genre does your book fall under?
I feel it falls under Juvenile Paranormal Fiction (if such a category exists) with lots of comedy elements in it.

Which actors would you choose to play your characters in a movie rendition?
If Darsheel Safary (of the Taare Zameen Par fame) was a little younger I would have chosen him. Can’t think of anyone else now.

What is the one-sentence synopsis of your book?
I am still working on that. In a nutshell it would be something like this. Nine-year old Rahul Sharma, battling exam fears and a fear of bullies, finds it difficult to control his temper, especially after he is granted an ability to do magic by a Magic Spirit he frees from imprisonment; his magic becomes disastrous for his school teachers and classmates.
I know its not the best one sentence description of my book, but its all I could think of at this point.

Will your book be self-published or represented by an agency?
Hopefully it will take the traditional publishing route. I will not be querying this book, but will approach Indian Publishers directly.

How long did it take you to write the first draft of your manuscript?
First draft took me one month. After that there were a few more drafts. I am revising it now after more than 3 years. I wrote a few other books after this and literally moved on with my writing life. Then, for some strange reason I decided that in October, I will revise this book and another one which I had written alongside this.

What other books would you compare this story to within your genre?
Not sure which books I can compare it with. But I would like to say that if a child has enjoyed Roald Dahl’s books and the Wimpy Kid Diaries, they will like this book.

Who or What inspired you to write this book?
This book was inspired by my nephew when he was in junior school. At that point he was prone to getting nervous before exams. He is past all that now, but the idea germinated in my mind at that time.

What else about your book might pique the reader’s interest?
It will probably make them revisit their school days. I don’t want to say anything more as I am revising it now, so I really don’t know how it will all turn out.

I am tagging three blog buddies (they have all agreed to be tagged). They are Mark Noce, Ellie Garrat and Robyn Campbell. You can check Alexia’s post here.

I hope you all enjoyed this post and I also hope you all have a great weekend.
Posted by Rachna Chhabria at 12:00 AM

Labels: Rahul and the Magic Spirit, Story, The Next Big Thing Bloghop