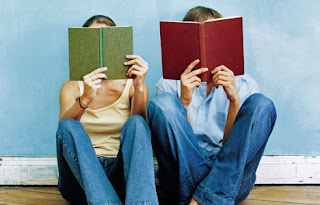 Today we will discuss books from the point of readers as readers are an important part of the process of writing. Books are written only for them. We were readers, long before we plunged into the world of writing.

Sudden surprises in the story that makes them shake their heads in amazement.

Swift shocks that renders them into a state of momentary silence.

Steady spooks that turn them into a mass of quivering jelly.

The element of surprise works wonders for the readership of books. The strange twists and turns the plot takes keeps readers glued to the book. New revelations of the  main character, new entrants that propel the plot forward, the unceremonious exits of old characters, stubborn obstacles that crop up, hook the readers big time. By constantly surprising readers in every chapter the book starts to become a page turner. Let’s flash back to Harry Potter. Mrs Figg turning out to be a squib was just one of the many pleasant surprises  the readers enjoyed! Frequent surprises sweep away the boredom that tends to creep in. It brings a certain freshness, like the opening of a window that dissipates the musty air.

Though in our personal lives there is no room for shock: we actually detest it, but when we read, shock appeals. We love it when our favourite authors  shock us, when dirty  character  secrets are revealed slowly, chapter by chapter. Book by book. When skeletons tumble out thick and fast from locked cupboards.  When the underbelly of a character is exposed. A case being J.K.Rowling. Every Potter book had plenty of the 3 S’s thrown in. I could never have guessed that Snape had been secretly in love with Lily ( Harry Potter’s mother). I am sure that none of us actually imagined Snape being in love with anyone! Albus Dumbledore’s tumultuous past too was a bolt from the blue. For me he was a paragon of virtue. And that he could have a chink in his armour was a major shock.

Another emotion we love in our books is being Spooked. This works more in favour of thrillers, suspense and murder mysteries. The spook factor intensifies the movement of the plot, increases the pace, heart beats accelerate, nails are chewed as we enter into the thicket of  fear.  Harry’s connection with Voldemort  because of the scar on his head was a tad spooky. Anything that raises our anxiety, heightens our tension has us hooked emotionally to that object.  What will happen next? Will the main character escape, will he/she be saved?? Who will emerge victorious? Will the world be saved? Questions that peck at our mind with the persistence of a woodpecker need their answers, which only the turn of a page will provide.

When the three S’s join together in a book, that has oodles of style, as well as a strong storyline, the reader is frantically racing over the lines. It’s getting quite alliterative: surprise, shock, spook, style and story.

Which element appeals to you the most? As a reader.