Editing Tips to the Rescue 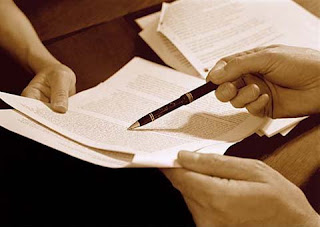 Editing for me is the toughest part of writing. I  hate to do the edits for several reasons. One of them is because I  detest deleting  words from my MS.  I feel like crying  when my editor deletes paragraphs. I am fine with few words here and there. More often than not after my edits the word count goes into an overdrive.

The last time I edited a story I ended up adding a side character and increasing the length of the story by  four hundred words. Needless to say my editor was tearing her hair out and asked for the older version which she would carry in the newspaper with just one illustration.

But with time, extensive reading and research and courtesy the only workshop I attended, I realized that  editing is responsible for a polished manuscript. From a foe, editing has now become my friend. I started the edits for my current WIP with  mixed feelings. Would the word count go up or down?  The first lot of words to go were  what  William Faulkner calls ‘writer’s darlings’ or the  common modifiers I  generously sprinkle my manuscript with. I have a penchant for words  like ‘ very, extremely, really, seriously, absolutely.’ Faulkner’s advice to writers is  “to kill their darlings.” This  decreased  the word count substantially. Strunk and White in "The Elements of Style" refer to them as  “The leeches that infest the pond of prose, sucking the blood of words." I  eliminated  only the  modifiers that  I felt weighed down my writing.

After that I heeded Mark Twain’s advice : “When you catch an adjective, kill it.  No, I don’t mean utterly, but kill most of them, then the rest will be valuable. They weaken when they are close together. They give strength when they are wide apart. An adjective habit, or a wordy, diffuse, flowery habit, once fastened upon a person, is as hard to get rid of as any other vice.” Many adjectives were  sent packing at Mark Twain's advice, as were the silly and juvenile similies I had dumped during the initial drafts.

As I reread my manuscript, I realized  there were many repetitions that had no business being there. I had no qualms deleting these. As the manuscript is written over a period of time we often forget what  we have said earlier, hence the repetitions. The parts where I felt I was suffocating my reader with too much back story have been kept to a minimum. This was difficult as giving back story is a personal favourite.
As the word count decreased and the writing became a little crisper and tighter, my smile widened. For the first time in my life after my edits, words  fell  like leaves in autumn.

The paragraphs where I was telling rather than showing  will take  the longest time.  I consider it a hangover of my school days where we had to write long essays. While writing longer stories I tend to  fall into the tell and not show pattern. Though it’s something that we constantly hear it’s also the easiest thing to overlook.  I am currently tackling  these long passages that will  require a lot of rethinking  and effort.

Trying to edit the scenes with dialogues was  easy as I followed the advice that  dialogue should either build character or advance the action. The longer dialogues have given way to shorter ones, and the boring bits chopped. Then there are the grammatical and punctuation errors to remedy. I  am leaving the sentence structure modification for the last.

Do you think I am going about my edits the right way? Is there something I have overlooked, something that can further improve my WIP?  How do you all handle your edits? Do you have any editing secrets that you would like to share?

Posted by Rachna Chhabria at 12:17 AM