Falling Into The Trap 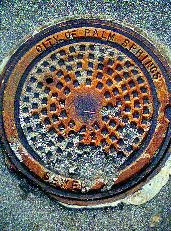 The worst mistake we writers or actually any creative person can make is by Falling Into The Trap. In a nutshell I want to talk about  the  Writing Trap, or,  a large writing hole that we writers are susceptible to fall into in  the successive books that we write. We can fall into this writing trap  due to  several reasons; overuse of  certain types of clichés and stereotypes, use of a similar style of narrative in all the books we write even though the books  may not be a part of a series, use of similar settings, use of similar protagonists in all the books, not deviating from the same  and often  predictable  thought patterns and plot twists.

This can be attributed to the fact that  once the writers have discovered or stumbled upon a  successful formula, they want to  use it  for all its worth. Perhaps they endorse the view why mess or meddle  with  something that has worked well. But what they forget is that a certain style the readers may have adored once, may not find takers the second or third time round.

Many times I have felt  a strong feeling of Déjà vu when I  read the next set of books written by  few  writers. I get the  feeling that I have met the characters before at another time in another place (read in a previous book). Even the setting has no novelty as it’s the same one as the last book  written by the author. The problem faced by the main character and  the way  the conflict has been resolved  is something I had guessed halfway ( very often much earlier) through the book.

Its at that  time  I feel cheated and  upset, that the author has  fallen into a self made  trap and unknowingly and unintentionally sucked us readers into the trap. These writers become predictable, it’s easy for the readers to guess their next move  or,  the way the plot will now twist and turn.

Today’s generation of readers have several things vying for their limited and often straying attention. And, if the writer has  nothing new to offer  they are quick to discard the book and the writer.

The only way we can avoid this vicious writing  trap is by adopting the mantra of  Originality. This  will sustain the writer if he or she is in for the long haul. There are several writers who have adopted this approach  successfully: Roald Dahl; each book of his was different  from the other,  for example  there was no similarity in any of these books ; George’s Marvellous Medicine, Twits, Mathilda, James and the Giant Peach, and  Charlie and the Chocolate factory.

Another writer  who escaped this trap is J.K Rowling. Though the seven potter books had the  same setting of  Hogwarts and  the same set of   characters, each book had something new to offer. There were surprises  and shocks  in plenty,  new entrants who took us completely unawares, several times the plot took unexpected twists that had us readers eager to know what would happen next.

This trait of unpredictability  is single handedly responsible for keeping  readers hooked and the writer far from the  writing trap.

Have you ever felt that a particular writer is falling into the  trap? How do you  personally manage to avoid the writing trap that  we writers can easily fall into? Please share, we all can learn from your experience.

Posted by Rachna Chhabria at 7:00 AM