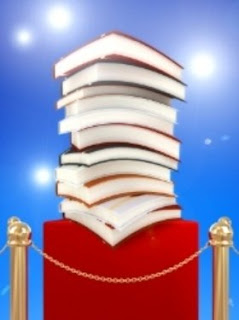 In , over the last few years there have been a slew of novels  which come under the category of popular fiction or metro fiction/novels (keeping in mind their readership: people living in the metros). These novels  have the readers: late teens  to forty something, going ballistic  over them. Critics have trashed these books, calling them rantings of  twenty somethings,  to boy lit, and chicklit,  and a lot  of other things.

But not only are these writers laughing all the way to the bank,  they are even sealing movie rights for their books and bagging second and third book deals. Many have moved into the script writing zone.  For these writers all that matters is commercial success, they  are really not bothered about critical acclaim. These books rely  heavily on the mundane story telling abilities of the young writers, which more often than not centers  around a story heavily dependant on protagonists they can identify with. The writing skills  are absolutely ordinary, and  the writers and editors are unconcerned about the finer nuances of  the craft of writing. The plots are simple, and subplots are by and large Missing In Action.

On the other hand there are the veteran writers, writing what I call literary fiction. These writers  receive the full flow of  the critics’ praise,  they receive several awards but their readership cannot match the readership of the popular fiction writers. Many youngsters are not even  familiar with their names, forget about their body of work. The younger generation wants books easy on their mind, they want stories that do not tax them in any way, they want writing that they use in their daily conversation with friends, and they want characters who emulate their lifestyles.

For a writer  to   achieve a perfect balance of commercial success and critical acclaim is a daunting task. To please  both the harsh critics and  hungry reader is an  impossible feat which very few writers have managed to achieve. For the rest of the writers  it’s either one of them.

What about you? What  are your views on  popular fiction which was once called pulp fiction? What would you want? Critical acclaim? Commercial success? Both? How are you hoping to please both the critics and readers?

P.S. I found this post on settings extremely useful. Drop in to Melissa's blog and help yourself to her tips on creating settings as a character.
http://melissacrytzerfry.com/2010/11/one-lizard-a-fencepost/
Posted by Rachna Chhabria at 2:51 AM