Dealing with Death/s in our Manuscripts 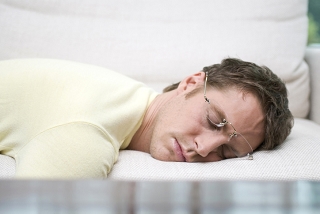 So far I have been extremely lucky that I have not had to kill a  character in my books or stories. Death scenes have me sobbing uncontrollably. I cried buckets when Dumbledore died. I soaked my handkerchief when Dobby died.  Cedric Diggory’s death had my cheeks wet. An honest confession, though I loathed Snape, I cried at his death too. Because, by then Rowling had painted  him as the good guy pretending to be bad. Hence by then  Snape had amassed my sympathy.

For a series,  killing a character requires a really strong motive. The readers know that the next lot of books will be minus that particular character.  The character’s death should literally turn the story upside down. There has to be a really solid reason for a character dying. As the readers can be really unforgiving if a favourite character dies without a strong reason. Not only will they feel  cheated, they will feel you have done a personal injustice to them. They may even  lose interest in the next lot of books of the series.

For those Harry Potter lovers, remember that   there was  a strong plot twist when  Cedric Diggory died. Voldemort was gaining his body back.  Sirius Black’s death was crucial to the story as  Harry had to be deprived of the one man he could count as a parent. Sirius was the over indulgent parent/guardian  trying to make up for lost time by  turning a blind eye to Harry’s acts of fool hardiness. He  could be accused of overlooking Harry’s flaws. It was important to isolate Harry and intensify his inner conflict. Dumbledore’s death was a cruel blow. Harry was left without a mentor and guide. But it was  crucial  to make him  self dependant and summon his inner strength to wage that final battle against Voldemort.

Killing a character and starting the story in flashback is taking the easy way out. I do plan to  kill  few characters who are a part of  my collection of stories which I hope to convert  into  a book. I need to work on a  strong motive to explain their deaths. There  has to be a crucial plot twist when these characters  die. The death of a character has to intensify the inner conflict, it has to be the darkest moment of the book. It has to literally crumble the protagonist’s world, until he or she summons the strength to set it right. It  should propel the protagonist into the next series of actions which will culminate in the climax  and make him win the battle to effectively  justify the death of the character.

Have any of you created a death scene in your stories and books? Do you plan to kill a favourite character in your  WIP? How will you go about it? Any killing advice you can give us?

P.S. I  did not cry when Voldemort died. Or when Bellatrix died.
Posted by Rachna Chhabria at 7:36 AM