How to Maintain an Author and Editor Relationship? 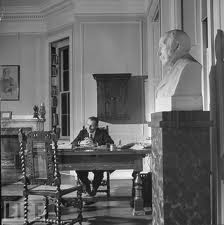 I have heard that some author – editor relationships are tumultuous to say the least. In that way I have been lucky: I have  collaborated with four editors and we had no problems whatsoever.

When my  first two children’s book were confirmed for publication, the first thing my editor who was also the publisher asked me on the phone “are you one of those difficult writers who refuse to let the editor delete a single word of their manuscript?” I assured her that I was pretty easy to get along with  where editorial feedback was concerned, as I had written for several years for many local newspapers and was used to editorial feedback and cuts.

Our editing went very well. And within eight months the books were out. Several months later, I heard that a writer whose book was selected for publication had  stalled the editing process because the writer was being difficult. I was appalled. This writer was someone I knew, her book had been rejected by several publishers on the basis of its length. I felt that the writer should have been thrilled that some publisher was willing to publish her book without compromising on its length.

The writer’s attitude led to a major rift between her and the editor; things became so bad that the editing was stopped for several months. After much bitterness and anger the editing process was restarted. The result was a half hearted attempt at reconciliation from both the parties involved. It showed in the manuscript.

Another writer after the entire editing had been completed  and sent to him for approval  asked for his manuscript back as he was not happy with the changes made by the editor. This was such a colossal waste of time, I felt sorry for the editor: her efforts had gone down the drain. As the contracts are signed just before the edited manuscript is sent for publication, writers can withdraw their manuscripts if they want to do so. Thankfully, now  one of the conditions of the contract  is, agreeing with the editing changes.

I feel there are few points to remember when it comes to an editor - author relationship: