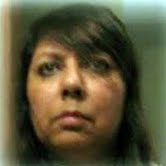 Today's guest post is by a writing friend of mine, who I met online. Shelley  Souza and I met on Face Book’s closed Group for writers called Warrior Chat. Shelley is ever ready to help other writers hone their craft and write the best story they can write, with her insightful advice and tips.

BIO- Shelley Souza received a Master of Fine Arts in directing from U.C. Irvine and spent over two decades developing and staging new plays by established and emerging playwrights. She authored hundreds of articles on new technology (which she loves) and ghostwrote four non-fiction books for clients of an independent publisher. She is a member of the Authors Guild and SCBWI

I have been writing for as long as I can remember. I decided to be a writer when I was around seven and for a while believed I wanted to write plays. As it turned out, I did go into theatre but as a director. One thing I learned in theatre is that act breaks are artificial. They allow for scenery changes and for the audience to go to the bathroom. The present trend of applying this artificial construct to novel writing seriously messed with my head as a writer! For a long time I could not visualize constructing a plot to fit the three-act structure, no matter how many books on the method I read. Eventually, I managed to get something to click but it didn’t help me to figure out the story. Because the three-act structure is concerned with more artificial constructs that also belong to plays: an inciting incident, a first plot twist, a second plot twist, a climax, a reversal, and so on. I was about to throw in the towel on novel writing when I became unwell.

During my illness I didn’t have the energy to read or to write. What little strength I had was spent on watching clips of J.K. Rowling. Two things stood out: her belief in her ability to tell a story and her belief in the story she was telling (Harry Potter). I began to question my reason for writing the story I was working on and discovered I didn’t really believe in it, the way J.K. Rowling was speaking of belief. I started asking myself why, when I was a child, I never tired of opening a new book. What I discovered was surprising beyond belief.

I put aside the story I had been working on—even though many writer friends and my writing coach at the time loved the main character—and began working on a story I would have loved when I was young and that I would love to read today. It meant abandoning everything I had been told a story should contain (and not contain). It meant trusting myself in a way I never had. Trusting what I already knew about myself: I was a reader and a writer. Therefore, everything I needed to know about story was already inside me. I didn’t need anyone else’s rules to tell me how to write my story.

For the first time in my life as a writer, every day, I wake up and I am excited to write. Not my story, I’m not yet close to writing the narrative, but the internal logical of the characters and their reason for being in this story and not another.


Thank you, Shelley, for generously sharing with us what you have learned in your writing journey.