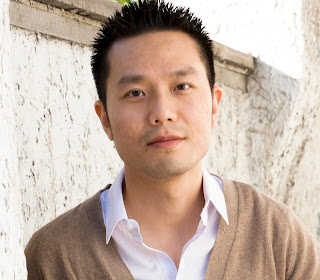 I am excited to have Samuel, a good friend and  also one of my earliest  blog buddies on my blog today. Samuel’s debut novel ‘This Burns my Heart’ has been collecting rave reviews.

TODAY.COM:  “Samuel Park’s This Burns My Heart is a remarkable debut novel that comes steeped in romance and cultural history… Soo-Ja Choi, Park’s protagonist, is an ambitious young woman trapped in the oppressive of the 1960s. Yearning to realize her dreams of becoming a diplomat in , Soo-Ja makes a hasty choice that comes with a price.”

Thanks, Rachna, for hosting me on your blog. It’s a pleasure to be here! You asked me to do a guest post on  any writing-related topic, so I decided to write about something that I’d often struggled with in the past: Writing the Antagonist. 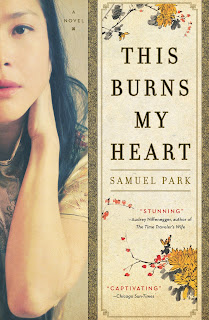 Now, I’m using the word “antagonist” as opposed to villain since villain implies a certain set of moustache-twirling qualities, and a book doesn’t necessarily need that—the antagonist just happens to be someone, good or bad, who wants the opposite of what the heroine does.

In my book This Burns My Heart, the antagonist is the machiavellian Eun-Mee. Vain and selfish, she competes with the book’s heroine—Soo-Ja—for the heart of the doctor Yul Kim. And Eun-Mee is fiercely protective of her turf, doing everything she can to keep Yul and Soo-Ja from rekindling their old love. Interestingly, a lot of people tell me that Eun-Mee is their favorite character in the book, even though she is quite a piece of work! She plots, schemes, lies, and does it all with a smile and a wink. She was also enormous fun to write, because she often says outrageous things, and she drives much of the plot.

Here are some things I learned in the process of writing my antagonist:

Be Evil, But Be Deliciously Evil.

Eun-Mee says something horrible things in the book, but they’re always said with a great amount of humor. Readers forgive a lot from a character when they make them laugh. If Eun-Mee were serious all the time, I think she’d be very hard to take. Wit can be an antagonist’s best friend.

Why Be Good When You Can Be Right?

When we look at things from our perspective, we’re always right, aren’t we? It’s always the other person who cut us off on the freeway. The other person who took what belonged to us. But that other person is probably thinking the exact same thing about us. And I think that’s how it is in a book, too.
If the antagonist were telling the story from her point of view, could she pull off being the heroine of the story? In my opinion, I think the answer should be Yes. From Eun-Mee’s perspective, Soo-Ja is essentially the “mistress” character, a potential home-wrecker out to destroy Eun-Mee’s marriage with Yul. Of course Eun-Mee does everything in her power to fight Soo-Ja off! In other words, a good antagonist doesn’t act out of unexplained cruelty, but from self-interest and need.

Move Over, I’ve Got Places to Go!

Worse than a passive protagonist is a passive antagonist. The antagonist is often the character who sets things in motion, and who forces the protagonist to act. In my novel, Eun-Mee keeps getting in Soo-Ja’s way. She invites herself to events so she can sabotage Soo-Ja. She brings Soo-Ja to her gorgeous house in an attempt to intimidate her (with terrible results). A good antagonist is someone who has an exaggerated sense of her own power. She does not hesitate in attacking, hurting, or charging forward, because she is so sure of a positive outcome.

She is Not One-Dimensional

One way to make an antagonist feel three-dimensional is to convey a variety of emotions. Eun-Mee may be vicious to the heroine, but she has moments of great vulnerability. She acts out of fear, and deep down, is terrified of losing her husband. That makes her seem human, and allows people to empathize with her.
Thanks again, Rachna, for hosting me on your blog. I wish the best of luck to those who are entering the giveaway!

It has been a pleasure hosting Samuel. We all wish him lots of publishing success. The giveaway is open to only my American followers (as per the publisher’s request). All my followers in the U.S are eligible to win the giveaway (a copy of Samuel’s book). All you have to do is leave a comment, I will announce the winner on Tuesday 27th March.

Here is a treat for you all. Watch Samuel's amazing book trailer.

Samuel's book is available on Amazon, Barnes and Noble, iBookstore and IndieBound.
The next stop on Samuel's blog tour is Sierra Godfrey's Blog on Monday 26th March.
Posted by Rachna Chhabria at 12:00 AM