The Allure of the Antagonist 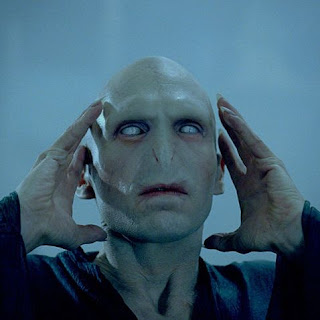 I have read many posts about the MC (main character). I have learnt a lot about the protagonist. How to make him/her more likeable,  memorable, rounded and grow  by the end of the book.

I think in our mad rush to create wonderful and lovable protagonists, we are forgetting a very important character in our manuscripts. The Antagonist. Who single handedly drives the conflict. Who creates tension. Who is responsible for creating obstacles in our character’s life; of plunging their  lives in darkness, for dumping problems and anxieties in their lives.

The protagonist and antagonist are two sides of the same coin. Without them our manuscript is incomplete. Having a strong antagonist is as important as  having  a strong  protagonist. While working on my current WIP, I realized that I had paid a lot of attention to my protagonist, but, where my antagonist was concerned, I had a weak one. It  was no wonder then,  that the  conflict  in my manuscript was  tilted in the protagonist’s favor. Alas, that would not make for a good  and  intriguing book.

We have to constantly ask ourselves  what are our antagonist’s strengths? What are the advantages he has that give him  an edge over our main character. Is he able to capitalize  on his strengths and advantages to thwart their  attempts? Is he able to push them  into corners? What about his weaknesses?  Is  the main character aware of   the chinks in his armour? What is the antagonist’s safeguard against the protagonist?

To  have a strong conflict,  I have to  give both the protagonist and the antagonist  an equal number  of strengths and weaknesses. A battle grips us when there are two powerful  forces; forces pitted against each other, forces who would go to any length  to win. Who is about to find the chink in the other’s armour  first? Who is able to capitalize on the other person’s weakness first will decide the winner?

In a nutshell to create an edge of the seat conflict and a memorable antagonist we need:

1.      A lovable protagonist opposite a dislikeable antagonist.

5.      Who is able to find the other’s weakness first? This will decide the outcome of the conflict.

I loved Harry Potter as much as I disliked Voldemort. I wanted Harry to kill Voldemort  come what may. Both were equally powerful forces and their clashes were page turners. They were two formidable forces with an equal number of strengths and weaknesses.

Posted by Rachna Chhabria at 12:32 AM