The Two Sins of a Writer 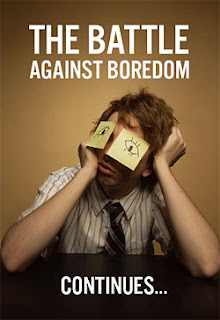 Few days back  a  friend sent me a children’s  book requesting me to review it for  a leading English newspaper. It had been self-published by my friend’s friend. The book was small, I finished reading it in one sitting. After I closed the book I was left with a strong sense of being cheated. Yes, it was as though the writer had made it her personal business to cheat me: the reader.

The topic was wonderful: supernatural elements and previous births have always fascinated us ( Indians.) The writer could have gone the whole hog and written  a thriller or  a racy whodunit, but all  that the reader got  was a flat main character, clueless  about  what he had to do with his talent (of  being able to see his previous lives in visions).

Though the book was written in a simple and easy to read style for a ten year old, and may not  bore a kid, but neither could it be called entertaining. It was a book that I would say had no impact whatsoever on me. It made me think.

Do writers sin? I mean they spend all their time scribbling furiously,  having  conversations with their characters, wondering how to get their main characters  out of troubled waters and tight spots, where actually is the time to do indulge in a bit of crime and sin?

Yes, we writers are liable to sin and I mean sin in a literary world. The two sins we are prone and susceptible to commit are the Sins of Boredom and Cheating. We can be accused of boring our readers and cheating them of  an amazing experience. To be honest, the writer had committed those two sins.  When I  opened the first page I expected a joyride of paranormal experiences that would hurtle the ten year old protagonist and me over a roller coaster ride of different births. But I was in  for  a major disappointment. All that the writer showed were dull glimpses of just this one birth and nothing else. The ten year old  was trapped in a dull life which the writer had not bothered to spice up.

I expected the writer to introduce us to atleast  a few different births the protagonist  had undergone. But she didn’t think it necessary to show even  a single one. I wonder why she had chosen an amazing topic and  been indifferent to it.

The sins of Boredom and Cheating   make me shudder. I would hate to commit them. We can bore our readers to death by  dull and flat descriptions. We can cheat them by not matching our book to their expectations and disappointing them.

When readers buy our books they are literally buying a ticket  for a joy ride. They will expect  certain thrills and spills and  few tumbles. After all it’s a ride. So, if all they experience is a flat  monochromatic journey at just one speed, they are going to be  disappointed. They may never ride again with us.

Have you ever been left with a feeling of boredom and  of having been cheated after reading a book? Have you ever picked up a book expecting certain experiences and been sorely  disappointed?

Posted by Rachna Chhabria at 11:38 PM