Do you choose the story, or, does the story choose you? 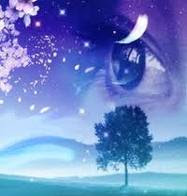 “Does a story choose a writer, or, does a writer choose the story?” I was asked this strange question by my friend. For a moment I was at a loss. Her question triggered a series of thoughts,  each more puzzling than the next.

This question is akin to asking what came first; the chicken or the egg? Do we choose our stories, or, do the stories choose us? I think it’s a bit of both. The initial overture is made by the story; it comes knocking on our door, eager for us to tell the world about it. The second overture is made by us; we mull over the story,  decide whether its worthy of our time and effort, ponder over the fact  that will we be able to do justice to it or not, deliberate on the theme, its suitability, worry about the characters  and then invite it into our heart, mind and soul.

From then onwards  with a single minded goal we obsess over what has become from a story surfing the channels of our mind into a WIP.

According to J.K.Rowling, the idea for her super successful series Harry Potter appeared full fledged to her while she was on a train journey after a weekend’s flat- hunting. In the crowded train  the idea for Harry Potter simply fell into her head.

Stephanie Meyer saw a vivid dream. In her dream  two people were having an intense conversation in a meadow in the woods. The girl was  just an  average looker.  While the boy  was fantastically beautiful, sparkly, and a vampire. Both discussed the  difficulties  of  falling in  love with each other. The vampire  was particularly attracted to the scent of  the girl’s blood and was having  a difficult time restraining himself from killing her immediately. Thus started the journey of the Twilight Sagas.  In the case of Rowling and Meyer the story chose them.

For Rick Riordan, Percy Jackson was a result of the bedtime stories he would tell his son Haley. Running out of myths  he appeased his disappointed son by  creating a new story with the Greek Gods. And Percy Jackson was born.

For us who toil long and hard it’s a case of the writer choosing the story. I have not been  that lucky to have any full fledged character appear at my mind’s door. I spend all my time conjuring up images of my characters and books.

What about you all, do you choose the story or does the story choose you? I am eager to know how the  selection process works for you all? More often than not I choose the story, not the other way round.

Posted by Rachna Chhabria at 2:17 AM