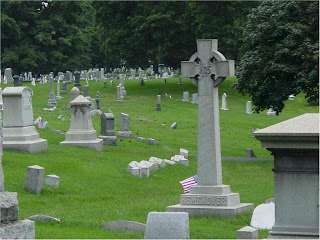 Cliches are an editor’s nightmare. Actually they are everyone’s nightmare. I  have nothing personal against clichés, but,  I really, really hate them. Whenever I come across the common cliches my hands itch to scratch them out.

Few months back, a writing friend I had befriended  on one of the social networking sites sent me few pages of her story.  She just wanted my feedback. The more writer friends I am making, the more politically correct I am getting. I hate to criticize someone’s work as I detest ruffling feathers, or, bruising egos. I would hate it if someone criticized my work.

Her writing was riddled with clichés. She is a veteran writer probably writing even before I was born. I will not talk of the clichés infesting her work, but I will give you few examples of clichés that can me modified.

I always feel there are better ways of saying things. Instead  of saying  “the color of her dress was  as green as grass”  we can always say  “ her dress was  the color of freshly watered grass.” This description instantly creates an image of   swaying grass with drops of water clinging to it.

Another  cliché  that really irks me  is  “her eyes were  blue as the sky,” we can say this in a different way  “her eyes were the color of a cloudless summer sky.” There is an instant visual of  an endless blue sky devoid of clouds.

The stereotypical clichés should actually be cremated. Cliches should be given a royal burial. There is no place for them in a good piece of writing. Cliches are responsible for pieces of writing  that come under the heading of  ‘ Bad Writing.’

As writers we are supposed to see the unusual in the usual stuff, to see a thing differently is our forte. And to describe it in an unusual  way is what we specialize in. Our descriptions  conjure vivid images in our readers’ minds. They literally transport them to  other and different worlds.  It’s our moral duty towards our readers to give them different descriptions.

Is there any cliché you particularly detest? Is there another  and better way of describing it? We all would love to read about the clichés you abhor.

Posted by Rachna Chhabria at 7:15 AM