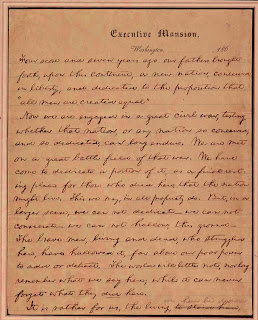 In my previous post which was a part of  the  What’s your Process Blogfest  held by Shallee,  I spoke about my writing process: The Outline. Of how from a free spirited  pantster who waded into unknown territory without any kind of clue about the direction the story would take, or even what the character wanted to do, to how I have become a  big fan of plotting, wherein I plot every little detail of my novel.

Yes, I like to plan quite a bit, but I must tell you that even for die hard plotters and outliners,  plenty of  changes in  the plot happen when we start to actually write the story down.  Its only when we get acquainted with our characters, that they start revealing their secrets and  stories. And very often these secrets and confessions lead to detours in the plot, to scenes that we originally conceived being chopped and  rewritten.

There is nothing like a 100% outline which a writer follows. Outlines are like  basic guidelines which ensure that  a writer does not stray from the story. But actually writing  down the story  may give birth to several  characters and scenes which we had not envisaged during the outlining stage.

I would put it as  that when we get familiar with our characters they will introduce us to more people who go on to enhance our stories  and plot. This happened with my current WIP. The characters born during the outline stage brought several of their friends and foes into my story.  I personally feel each new character has only enhanced the  story.  I admit it has required several rewrites, but that’s what a writer’s life is all about. Isn’t it?!

My advice to all my plotting friends is, let the characters and situations guide you in  the direction the story has to move. If I had gone by my initial outline, I am sure my WIP would have been bereft of the colourful characters who have jumped in. What we can do is keep all the original drafts, so that when we are concerned with the radical changes we are making,  or have made, we can always compare it with the previous drafts and then decide whether to adopt the new changes or stick to the old ones.

I am not sure that what happened with me happens to only pantsers turned plotters, whereby we  still retain and cling onto writing without planning. Does it happen to all of you? I am dying of curiousity to know whether you all stick to the original outline or do you all take several plot detours and meander through deviations to reach the ultimate destination.

P.S. Due to some personal commitments   I will be unable to post for the coming week. My next post will be on 1st February. Until then, Keep Writing.

Posted by Rachna Chhabria at 10:43 PM