The Difference Between Story and Plot 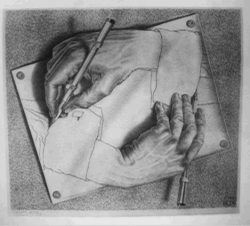 When I started writing, I would often wonder about the difference between Plot and Story. I initially thought they were one and  the same thing. As I waded deeper and deeper into writing, I researched about story and plot and the explanation, though simple,  made  a lot of sense and entrenched itself in my mind.

Very often, I  hear  people discuss books as ‘the story was good, but there was no plot’. I am guilty of that judgement. I have often told my friends ‘I could not find the plot in this book. This book is just a collection of scenes’. And my non-writing friends have that glazed look on their faces when I discuss story and plot.

‘Isn’t  story and plot the same thing?’ one friend asked me. Most non-writers  echo that thought.

I will use novelist E. M Forster’s words; in his classic work Aspects of the Novel, Forster made the important and useful distinction  between story and plot and stressed the causality of plot.

The story Forster says, consists  of merely the events as they happened in chronological order; the plot is the portrayal  of those events in such a way as to show their causality, how one gives rise to another (rather than simply happening prior to it).

Another example is  girl and boy fall in love is a story. Girl meets boy, boy saves girl, girl is charmed by his bravery and falls in love is a plot. There is a series of events, one leading to another in a logical way. This is what a plot is all about.

I loved Forster’s simple explanation. Wish I had stumbled upon all this when I started writing and my head was full of confusion about story and plot. But, better later than never.

When you started writing did you all wonder what was this thing called plot? Did you hope (like me) that  as you started writing, the plot would magically reveal itself? Or were you all aware of  what a plot  is, right in the beginning. Please share your plot confusions with us.

Giveaway Winner: The  lucky winner of Rahma's Ebook copy of the Guardian Cats is Mark Noce. Mark, you can email me for your prize.
Posted by Rachna Chhabria at 5:28 AM