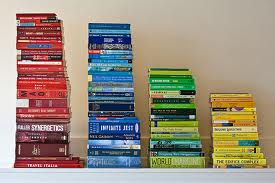 My editor in who has been interacting with me for a story I am doing for an Anthology brought out by the Publishing House, tells me that most publishers (in we don’t have agents, we submit directly to publishing houses) are looking at series. Stand-alone or one off books, especially in the Children’s category are not a good proposition.

Her belief is that single books have a tendency to get lost or disappear inside bookshops. Whereas a series has a great marketing potential. Series are great for attracting visibility. Series also have an advantage of allowing the main character to create a bond with the readers. It also has a better recall value. She told me that though writing is a passion for writers, publishing is a business and publishers look for the market value of the book as at the end of the day, they do want to make a profit. Series have better profit making abilities than single books. A series also ensures that  a writer does not disappear after writing just one book.

Her words resonated with me. A series has many advantages. Once a character is created and a setting is built, and both have struck a chord with readers, a major burden has been lifted from the writer’s shoulders. Now, it’s up to the writer to capitalize on this advantage by upping the stakes and increasing the tension and ensuring that the reader do not move away  and stick to the next lot of books featuring the same characters.

Another advantage of a series is that once a reader interest is invested in both the character and story, then the chances of them picking up the next  few books in the series are very high.

Though  series are my editor’s firm favourite, she is of the opinion that the series should not be a long one: a trilogy is most preferred. As for long series of 5 or more parts, it’s difficult to keep a firm grip on the plot and characters.

I have noticed this trend every where. Most writers are either writing or planning a series. What about you all? Are you of the same belief as my editor? Do you believe that series have better chances of being published than single books?Are any of you planning a series or have written them?
Posted by Rachna Chhabria at 12:00 AM