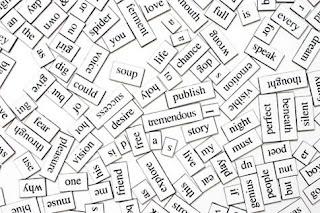 At one time I could have been accused of adopting clichés as my new friends. That was way back in school. Though it took time I outgrew that friendship. Cliches are an editor’s nightmare. They are also a creative writing teacher’s nightmare. Actually, they are everyone’s nightmare. I have nothing personal against clichés, but I really, really hate them. Whenever I come across the common cliches my hands itch to scratch them out.

After reading a few of my students assignments stuffed with clichés of all kinds from plots and characters to the actual writing: her blood was the colour of tomato sauce/ketchup (I seriously stopped eating ketchup), her dress was as green as grass (does anyone still say that?), he was as cool as a cucumber; I decided to devote an entire session to avoiding clichés.

Granted that few of these students were just out of school, but that’s no excuse to fall heavily into cliché territory.

I always feel there are better ways of saying things. Instead of saying “the colour of her dress was as green as grass,” we can always say “ her dress was  the colour of freshly watered grass.” This description instantly creates an image of swaying grass with drops of water clinging to it.

Another cliché that really irks me  is “her eyes were blue as the sky,” we can say this in a different way “her eyes were the colour of a summer sky.” There is an instant visual of an endless blue sky devoid of clouds.

“Far from the madding crowd,” is a cliché I have come across several times. Isn’t  “far from the dust and pollution of the city,” or “ far from city noises,” a slightly better way of describing  the same thing?

Another student of mine had decided to cram as many clichés as possible in her essay. I just hope that she was not testing my patience. Her first cliché “he was as hairy as a bear,” I converted into “a bee could get lost in his body hair”.  Highlighting all the clichés with red, I asked her to write them in a better way. By the end of the session, she had learnt to avoid clichés.

Cliches should be given a royal burial. There is no place for them in a good piece of writing. Cliches are responsible for pieces of writing that come under the heading of  ‘Bad Writing.’

As writers we are supposed to see the unusual in the usual stuff, to see a thing differently is our forte. And to describe it in an unusual way is what we specialize in. Our descriptions conjure vivid images in our readers’ minds. They literally transport them to  other and different worlds.  It’s our moral duty towards our readers to give them different descriptions.

Is there any cliché you particularly detest? Is there another and better way of describing it? We all would love to read about the clichés you abhor.

PS.  I am taking a small break, as Wednesday 26th October is Diwali (the most important Indian Festival). There won't be a Tuesday post. My next post will be on Friday 28th October. Here is wishing all my writing friends a very Happy Diwali.