The Lure of Imperfect Characters 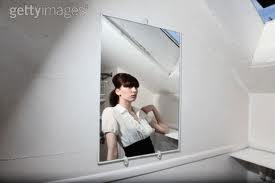 I am not sure about other writers, but personally I love Imperfect characters; both while reading and while writing. Most of the characters I create have some or the other imperfection in them. Imperfection is actually the new perfection. The smudge of Imperfection in characters adds an unexplainable and undefinable appeal.


Characters in books mirror real life people. We all have our own individual idiosyncrasies, flaws, shortcomings and insecurities. So it’s nothing unusual if characters reflect these traits. Actually this quality (Imperfection) makes a character more real. Readers find it easy to identify with someone who is imperfect. Someone who makes mistakes, is swayed by emotions, is prone to mood swings is more real than a character who is calm and unruffled and who never makes mistakes. Though we look up to perfect people, they do give us a temporary sense of insecurity.  We feel small in front of them. We may even secretly and subtly resent their perfection and larger than life image. But it’s the imperfect characters we bond with. In their presence we revel in our own imperfections.
Have you all noticed that more and more often our protagonists lead imperfect lives. As the story unfolds, these imperfect characters leading imperfect lives try to resolve the conflict by tackling their own personal imperfections first.
Aristotle called it Hamartia, which was seen as a character flaw. This character flaw can be a limitation, a problem, a phobia, or a deficiency present in a character who is otherwise quite normal. The character flaw may be a violent temper that may turn out to affect the character’s actions, abilities, or interactions with other characters. Sometimes it can be a simple personality defect which only has effect on the character’s motives and social interaction and nothing else.
Flaws or imperfection add depth and humanity to the characters in a narrative. For eg the mayor with a penchant for gambling, the hero with claustrophobia, the heroine with an alcohol problem. One of the most famous example is ‘ Strange Case of Dr Jekyll and Mr Hyde.’
Character flaws can be slotted into three categories.
Minor Flaws make the characters memorable in reader’s mind, these give the character individuality, but other than that they do not affect the story in any way. They can be a scar, an accent, biting the lower lip, twirling the moustache, a girl constantly flinging her hair back. A protagonist can have several minor flaws, each having no effect on the plot.
Major Flaws are noticeable and important. They affect the individual physically, mentally, emotionally, morally or spiritually. Major flaws are not necessarily negative : they can be rigid religious beliefs or a strict adherence to a certain lifestyle. Major flaws like: greed, blindness, deafness, lust, often hamper and restrict the character in one way or the other. The major flaw is important for the character’s personal development and the story. Heroes and heroines must overcome their own major flaws either partially or completely, either temporarily or permanently, at some point in the story, very often by the climax, by sheer determination or skill to be able to solve the larger problem at hand. For a villain his major flaw is frequently the cause of his downfall. The protagonist’s major flaw defines the core problem, the entire journey to remedy this problem forms the firm backbone of the story, sometimes prodding the plot forward.
The last flaw is the Tragic Flaw, it’s the cause of the character’s downfall and eventual death. Tragic Flaw arises out of the character’s misplaced trust in another character, an excessive amount of curiousity that sucks him into problems, pride that plunges him into a world of loneliness. The fall that often arises out of the Tragic Flaw occurs at the beginning of a story.
Do you like perfect characters? Or Imperfection is the new perfection for you? What kind of character flaws do your characters have?
Posted by Rachna Chhabria at 12:41 AM