How much should we believe in Book Reviews? 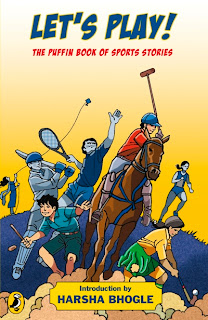 Two days back, while googling myself (No, I am not a self absorbed writer. I have been told by my mentor that writers should often run their names through the search engines to see what the internet coughs up in their names) I came across a book review of an anthology of  sports short stories brought out by Penguin India last year, in which I had contributed a short story. The review was on GoodReads.

I was quite amused to see the lone review. The generous reviewer had given the anthology a rating of  2 stars and a single sentence review. "Almost every single story should have been sent back for a rewrite.” The single sentence review made me burst out into laughter. For a change I was neither offended, hurt or insulted. It was nothing personal.

The reviewer was disdainful towards the entire collection and not just one single short story. The reviewer’s message “ I'd prefer not to engage in a discussion with an author of something I critique,” made me laugh some more. I feel she or he was scared of  a backleash from the 10 contributors. As many of us (Indians) are not on Goodreads, I am sure the book review and the 2 star rating may not have been seen by the 10 writers. I came across that review quite by accident.

I wonder why people say such silly things. What are they trying to prove? A good review would have mentioned each story by name and then passed a judgement on each story and not made a general derogatory comment. Or the reviewer could have named the stories that merited  a rewrite in her opinion, instead of running down the entire collection. I am sure that anyone who would have read that review would have shuddered at the prospect of buying a book that merited just a single line review.

We writers know well that our stories and books may not find a universal appeal and we are well prepared for it. We personally may not have liked all the stories we have read. So it’s no big deal if we have our fair share of detractors.

What do you feel about such reviews? Shouldn’t the reviewer have mentioned  the stories that deserved to be rewritten instead of writing off the entire collection? What would you have done in my place? I would love to know all your opinions.
Posted by Rachna Chhabria at 12:00 AM