In a Muddle Over the Middle 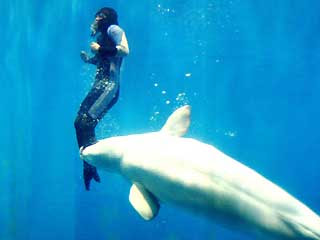 When we start our WIP, there is a lot of enthusiasm going; to keep the initial chapters strong, to introduce the character and  the setting, to hook the readers into the story, we give it our best shot  and when we end, extra attention is invested in the last few chapters to tie all the loose ends together, to effectively resolve the conflict. The beginning and the ending  take tremendous effort from us. They actually tire us so much that we have little energy to tackle the middle chapters.

It’s the middle that has us in a muddle. It’s either flabby and inflated: carrying extra layers of story fat, or  sunken: devoid of attention grabbing conflict. The middle lot of chapters tend to shed momentum, the pace slackens and things slow down to a crawl.

It’s at this point readers lose interest in the story. Its then the time to ask ourselves how to keep the middle as sharp,  spicy,  crisp and interesting as the rest of the book.

I have realized that a lot can be done to spruce up and tighten the middle.  I am currently doing  this. A few plot twists  can stir things up, the introduction of a new character  will keep reader interest alive, even the exit of an old character will elevate  the suspense. A life altering situation can  be added. As well as few surprises;  both for the reader and the protagonist.  The middle  can also be  the start of the final clash which we can call the pre-final climax. The protagonist will then  have to make a decision on the  next course of action.

The middle of my current  WIP  has settled down to a slow trot.  My middle chapters   need a really good stirring up.  So I  added a  little emotional turbulence and  made it a time for the protagonist to indulge in a bit of introspection about her motives. Inner conflict  was  increased. What  was my  character willing to sacrifice to achieve  her  goal?  If  she doesn’t win  what would be the consequences and what  would  happen to her?

The middle is  the time to push our protagonists  out of their comfort zones, throw them into shark/whale infested waters and watch them battle successfully. The protagonists have to earn their stripes. They have to tie their shoe laces tightly and ready themselves for the final round. We can  add a life threatening event which will shake the protagonist and the reader out of their boredom induced stupor.

Middle portions of manuscripts are trying and taxing indeed. What do you all do to keep the  interest and suspense alive? Is there any way to tighten the middle belt? Please share your middle secrets with us, as we all often get in a muddle over the middle.
Posted by Rachna Chhabria at 1:30 AM